Any fool can know. The point is to understand. 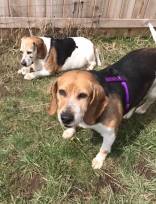 3 elderly female beagles were abandoned near Burns Lake. They were clearly used consistently for breeding and were suffering from many serious health complications. This story is not about them.

Lakes Animal Friendship has again gone above the call of duty to offer rewards, find foster homes, provide medical care, kennels, food, blankets, and bowls. On their facebook page they are looking for the owners. The comments spat horrible insults at the people responsible: “heartless”, “appalling”, “low life scum”, “offensive”, “incompetent boobs”, “cruel”, “jerk face”, “monsters”…. The uproar and outpouring of love for the abused resulted in (to date) 160 comments and 615 shares. For this small town, that’s impressive! It’s like Gaston in Beauty and the Beast as he goes to rescue Belle with the towns people behind him carrying spears and axes crying “Kill the beast!”. Lakes Animal Friendship’s main goal is education, run by an early childhood educator, but this story is not about them. 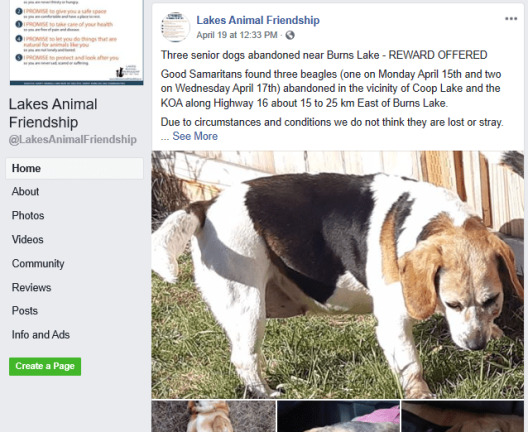 The people who drove away from these hardworking pups leaving them in the middle of no-where, with no way to survive…who really knows how they are feeling. Are they on facebook and reading the insults? Are they taking it to heart? Are they relieved the 3 extra mouths are gone? Are they watching Netflix on their 70″ flat screen tv that was funded in puppy money? Do they have an outbuilding with tired mothers and growing babies? Will they continue to breed Beagles, or change breed to remain under the radar? The only thing I can tell you for sure…they will continue to breed. This story is not about them.

The outcries from the public call for punishment! RCMP! SPCA! Fines, jail time, public beatings. Like the hangman dressed all in black leading the guilty in rags up the stairs of the well used wooden gallows. The crowd throwing rotten fruit and stones to inflict pain on the condemned. The SPCA can institute fines and jail time after investigating, collecting proof, and proving their case. We see the SPCA doing just this in BC and Alberta to punish the Adams women. They investigate over and over. They collect proof over and over. They prove their case in court resulting in fines and jail time over, and over, and over again. The SPCA are doing everything they can with the money available to them. They raid puppy mills, confiscate animals, provide love and care for the abused…yet we still look to them as the governing body that is failing us. This story is not about them.

I love the Albert Einstein quote “Insanity is doing the same thing over and over again and expecting different results.” We buy from puppy mills, see the abused parents and cry for justice, over and over again! Are we crazy? Are we stupid? LAF works hard to educate people to “adopt, don’t buy”. Clearly they think we need education. I won’t deny this fact but in general, we aren’t stupid, we are entitled. We want what we want. If the consumer says “I want a $1 burger!”, the companies provide it. They provide it any way they can. It’s literally killing us but we don’t care, we want that $1 burger! We buy from puppy mills, it’s literally killing the mothers and fathers of the puppies produced but we don’t care, we want that $600 beagle. 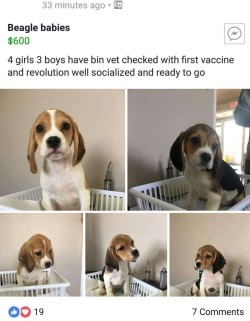 So if we know the steps in the process…#1.Puppy mills provide consumer demand #2.Animals are abused #3.SPCA saves animals and prosecutes operations…we can then lay blame where blame belongs. Blame is the start of the process that will change things. And we want them to change. 160 comments wants change! We blame the puppy mills, and expect the SPCA to enforce it. Since this is working so well, we clearly don’t need change (sarcasm is rearing it’s ugly head in frustration). Are we really this stupid? So let us again look at the steps in the process…#1.what would happen if the consumers demand was not that $600 beagle?

What do consumers want? They want a happy, healthy puppy to join their family. If you want the perfect puppy from perfect parents with rigorous testing, you are simply going to pay for it. But we don’t want to pay $3000 for it. We want the $1 burger that doesn’t kill us. Like an entitled teenager, we want what we want, our pretty cake decorated perfectly and unchanged for all time but we want to eat it too! So we buy the $600 beagle and absorb the lies the puppy mill tells us because we want what we want. If society finds out we knew we were buying from a puppy mill we cover our guilt by saying we had to rescue that perfect puppy from suffering the same fate of the unseen mother.